Our Mission is to encourage one another to advance the Gospel.

On November 9, 1906, the Baptist General Convention of Indian Territory held its last session at the First Baptist Church of Shawnee. On the same day, the Oklahoma Baptist State Convention held its final session at the First Methodist Church of Shawnee. At a prearranged time, the two conventions then met, formed a line, marched two-by-two to the Shawnee Opera House and there formed the Baptist General Convention of the State of Oklahoma.

Just as the two conventions had worked separately to take the gospel to all the world, the newly organized Baptist General Convention adopted this same mission philosophy. The convention continued dual alignment with both the Northern and Southern Baptist Conventions until 1914 when it voted “single alignment” with the Southern Baptist Convention. From its humble beginning in 1906, with 882 churches and 40,617 members, the Convention has continued to grow and in 2017 there were 1,785 congregations with 579,476 members.

The Convention’s mission spirit and its cooperation in taking the whole Gospel to the whole world is demonstrated in its partnership with Guerrero Mexico, Latvia, and Edmonton, Alberta, Canada. The mission to evangelize and congregationalize all of Oklahoma is manifested in its cooperative outreach to African Americans as well as ethnic groups. Oklahoma Baptists worship in more than 29 languages weekly. Oklahoma Baptists continue to work together with local churches, associations, state conventions and the Southern Baptist Convention to fulfill the Great Commission.

The Oklahoma Baptist Chronicle is produced by the Historical Commission. Bob Nigh is the editor and can be reached at history@oklahomabaptists.org. Download current and past issues below.

Advancing the Gospel together looks like hands-on help, sound doctrine and teaching, church mobilization for a cause… and a great logo.

History of the Cooperative Program 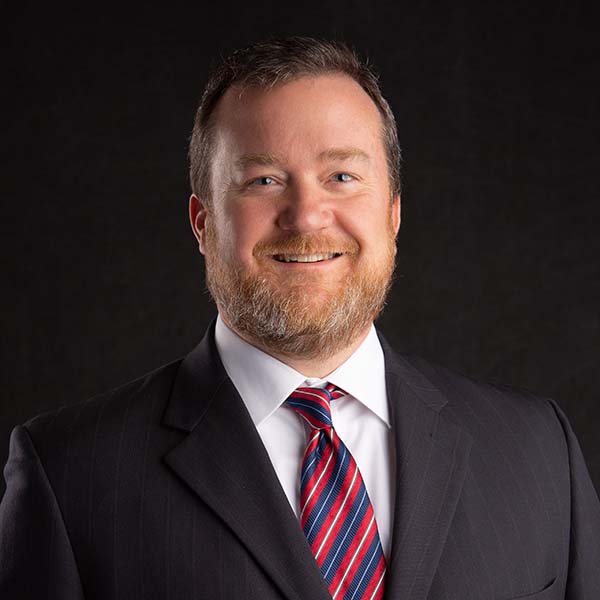 Dr. Todd Fisher serves as the Executive Director-Treasurer for Oklahoma Baptists. He has pastored at Shawnee, Immanuel; Oklahoma City, Highland Hills; Wellston, First; and Bethel Acres, Hopewell. He has been involved in the Southern Baptist Convention on the association, state, and national levels throughout his career serving on committees and boards.

Dr. Fisher is married to Jamy, who led the women’s ministry at Shawnee, Immanuel, and speaks at women’s events across the state. They have three children: Zach, an OBU grad, band director for Garber Public Schools in Oklahoma, and is married to Cassidy; Carly, a junior at Mississippi College; and Anna, an 8th grader in Shawnee. 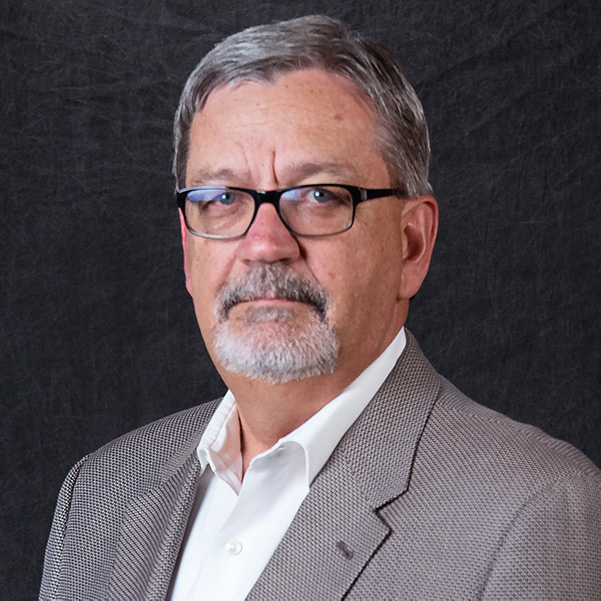 Joe Ligon is the senior associate executive director of the Baptist General Convention of Oklahoma. He will be the first to tell you that he doesn’t deserve to be where he is. He grew up in Seminole County in Oklahoma. He didn’t grow up going to church (at all). But he did grow up with a notion that he wanted to be a school teacher. Joe completed his degree at East Central University and received his first teaching job at Konawa, OK. He had accomplished his life’s goal but felt quite unfulfilled. It wasn’t long, that as a 22 year old man, Joe was saved by grace through faith in Jesus Christ.

Within a year, Joe had accepted the Lord’s call on his life to serve in ministry. He would spend the next 19 years in various roles in public education even as he served in a variety of bi-vocational positions in several churches in Oklahoma. In 1999, First Baptist Marlow called Joe to be their senior pastor.  It was his first full-time ministry position. The church allowed him to attend Southwestern Baptist Theological Seminary where he would earn a Doctor of Educational Ministry.

Pastor Joe met and married the love of his life, Gayla. They have two sons: Andrew who works in computer programming; and, Aaron who works in the construction industry. Both boys were married in 2017. 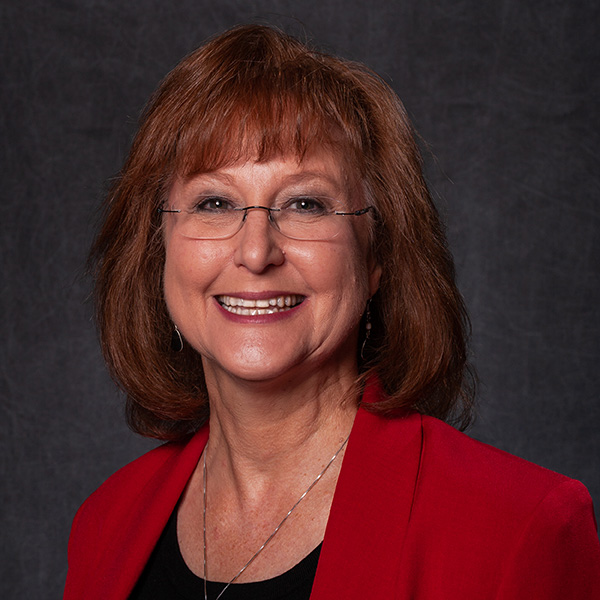 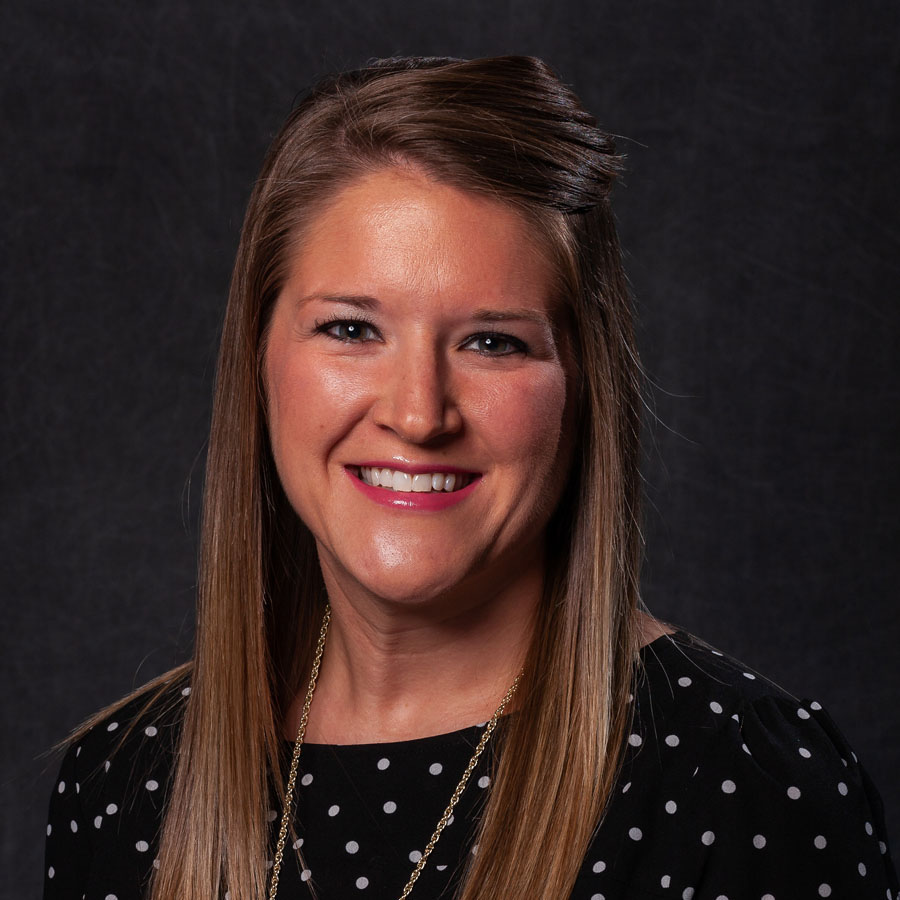 Since its organization in 1845 in Augusta, Georgia, the Southern Baptist Convention (SBC) has grown to 15.8 million members who worship in more than 40,000 churches in the United States. Southern Baptists sponsor about 5,000 home missionaries serving the United States, Canada, Guam and the Caribbean, as well as sponsoring more than 4,000 foreign missionaries in 126 nations of the world.

The term “Southern Baptist Convention” refers to both the denomination and its annual meeting. Working through 1,221 local associations and 39 state conventions and fellowships, Southern Baptists share a common bond of basic Biblical beliefs and a commitment to proclaim the Gospel of Jesus Christ to the entire world.

The fact that Jesus died for our sin, was buried, and then rose from the grave is foundational for Southern Baptists. He lives today and stands ready to give abundant and eternal life to all those who repent of sin and place their faith in Him. Southern Baptists invite everyone to receive Jesus Christ as Savior and Lord.

The Holy Bible was written by men divinely inspired and is God’s revelation of Himself to man. It is a perfect treasure of divine instruction. It has God for its author, salvation for its end, and truth, without any mixture of error, for its matter.

There is one and only one living and true God. The eternal God reveals Himself to us as Father, Son and Holy Spirit, with distinct personal attributes, but without division of nature, essence, or being.

God as Father reigns with providential care over His universe, His creatures, and the flow of the stream of human history according to the purposes of His grace. God is Father in truth to those who become children of God through faith in Jesus Christ.

Christ is the eternal Son of God. In His incarnation as Jesus Christ, He was conceived of the Holy Spirit and born of the virgin Mary. He honored the divine law by His personal obedience, and in His death on the cross, He made provision for the redemption of men from sin.

The Holy Spirit is the Spirit of God. He exalts Christ. He convicts of sin, of righteousness and of judgment. He enlightens and empowers the believer and the church in worship, evangelism, and service.

Man was created by the special act of God, in His own image, and is the crowning work of His creation. By his free choice man sinned against God and brought sin into the human race. The sacredness of human personality is evident in that God created man in His own image, and in that Christ died for man; therefore every man possesses dignity and is worthy of respect and Christian love.

Salvation involves the redemption of the whole man, and is offered freely to all who accept Jesus Christ as Lord and Saviour, who by His own blood obtained eternal redemption for the believer. In its broadest sense salvation includes regeneration, sanctification, and glorification.

Election is the gracious purpose of God, according to which He regenerates, sanctifies, and glorifies sinners. All true believers endure to the end. Those whom God has accepted in Christ, and sanctified by His Spirit will never fall away from the state of grace, but shall persevere to the end.

A New Testament church of the Lord Jesus Christ is a local body of baptized believers who are associated by covenant in the faith and fellowship of the gospel and seeking to extend the gospel to the ends of the earth. This church is an autonomous body. The New Testament speaks also of the church as the body of Christ, which includes all of the redeemed of all the ages.

Christian baptism is the immersion of a believer in water. It is an act of obedience symbolizing the believer’s faith in crucified, buried, and risen Saviour, the believer’s death to sin, the burial of the life, and the resurrection to walk in newness of life in Christ Jesus.

The Lord’s Supper is a symbolic act of obedience whereby members memorialize the death of the Redeemer and anticipate His second coming.

Salvation involves the redemption of the whole man, and is offered freely to all who accept Jesus Christ as Lord and Saviour, who by His own blood obtained eternal redemption for the believer. In its broadest sense salvation includes regeneration, sanctification, and glorification.

God, in His own time and in His own way, will bring the word to its appropriate end. Jesus Christ will return personally and visibly the dead will be raised; and Christ will judge all men in righteousness. The unrighteous will be consigned to Hell. The righteous will receive their reward and will dwell forever in Heaven with the Lord.

It is the duty and privilege of every follower of Christ and every church of the Lord Jesus Christ to endeavor to make disciples of all nations to seek constantly to win the lost to Christ by personal effort.

The cause of education in the Kingdom of Christ is co-ordinate with the causes of missions and general benevolence there should be a proper balance between academic freedom and academic responsibility. The freedom of a teacher in a Christian school, college, or seminary is limited by the pre-eminence of Jesus Christ, by the authoritative nature of the Scriptures, and by the distinct purpose for which the school exists.

God is the source of all blessings, temporal and spiritual; all that we have and are we owe to Him. Christians have a spiritual debtorship to the whole world, a holy trusteeship in the gospel, and a binding stewardship in their possessions. They are therefore under obligation to serve Him with their time, talents, and material possessions.

Christ’s people should organize such associations and conventions as may best secure cooperation for the great objects of the Kingdom of God. Such organizations have no authority over one another or over the churches. Cooperation is desirable between the various Christian denominations.

The Christian & the Social Order

Every Christian is under obligation to seek to make the will of Christ supreme in his own life and in human society. … The Christian should oppose in the spirit of Christ every form of greed, selfishness, and vice.

Church and state should be separate. The state owes to every church protection and full freedom in the pursuit of its spiritual ends. A free church in a free state is the Christian ideal.

God has ordained the family as the foundational institution of human society. Marriage is the unity of one man and one woman in covenant commitment for a lifetime. The husband and wife are of equal worth before God, since both are created in God’s image. The marriage relationship models the way God relates to His people. Children, from the moment of conception, are a blessing and heritage from the Lord.